Three Zippo lighters are camping in the wild. They have their little tent. They don't need a fireplace because the fire is within them.

In french, 'the Zippos are camping' is said 'les Zippos campent'. But when in its spoken form, the same sentence could be heard as 'les Hippos campent'. 'Hippos' would be short for 'hippopotamus'. But then, 'hippos campent' sound pretty much the same as 'hippocampe' which means 'hippocampus' in english.

So normally the plural form of 'hippocampus' in french is written 'hippocampes'. But since it's about camping, and this activity is said 'campent' in french, then the new plural would be 'hippocampent', a mix of the word and the verb.

But in the end, it's all about Zippo lighters letting their wild side show up, really. 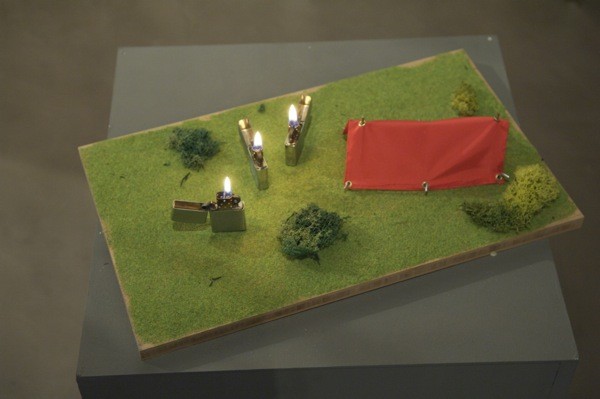 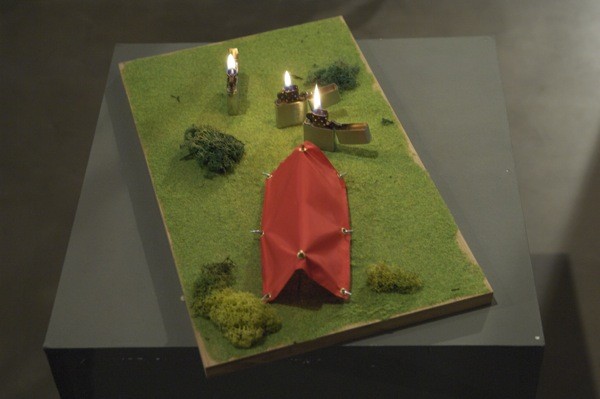 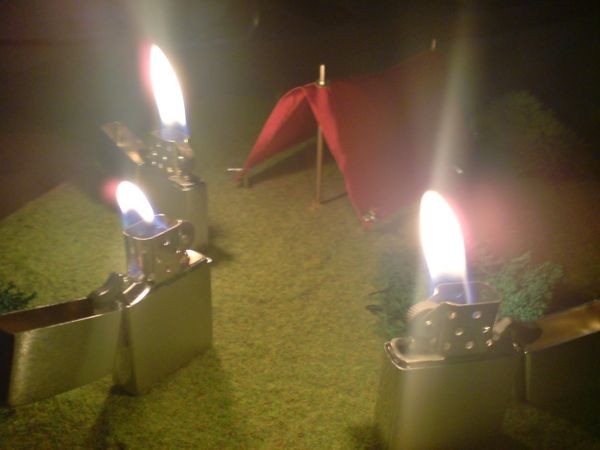 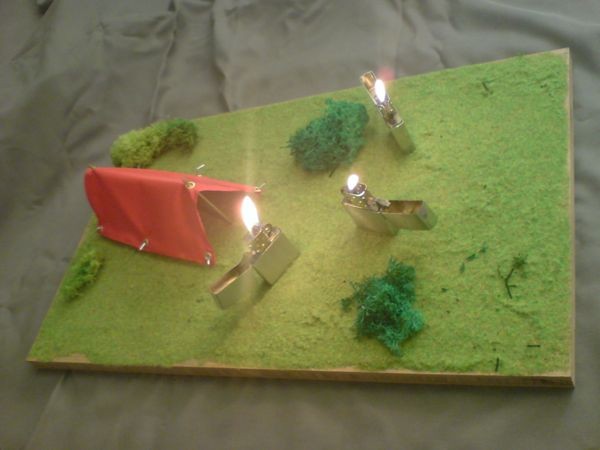 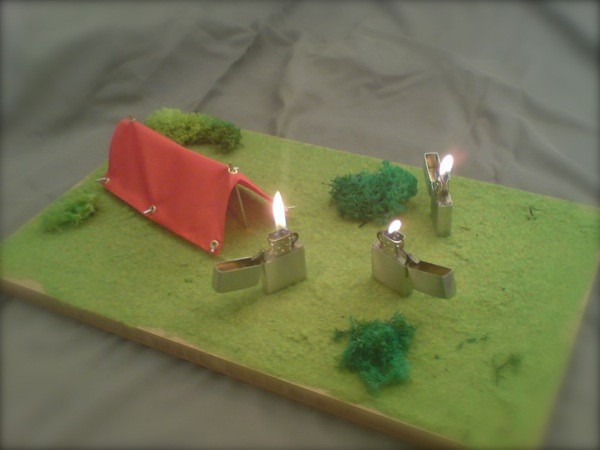