I make up jokes. Language is so full of misunderstandings and thus of possible associations that it's a very fertile ground for bizarre meaning encounters.

But jokes are usually told and taken very lightly. After all, the goal of a joke is to be funny not to say anything profound about reality or what we are.

True. But also not entirely.

Sometimes the absurdity of the meeting meanings surpasses anything that could be rightly said about the nature of things.

Thus I tried to find a form go give to those jokes. I figured I could first give them some weight, because they are so light.

Then, usually when I tell the jokes, they are so badly received that I need a place to hide. Perspective drawing is a nice setting for that, if only because there's a vanishing point in them ('un point de fuite', an escaping point, in french) where i'll feel safe.

The three selected jokes difficult to translate in english. That makes them even funnier.
I guess. 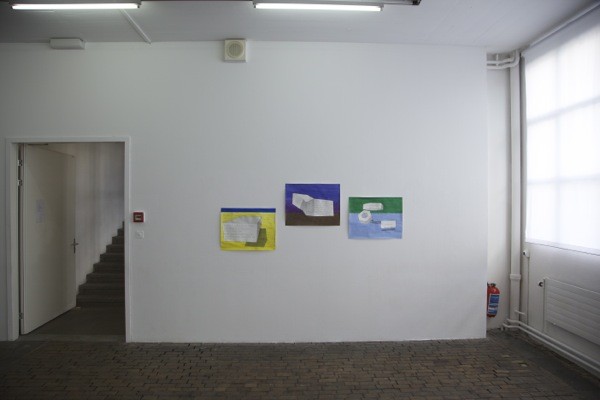 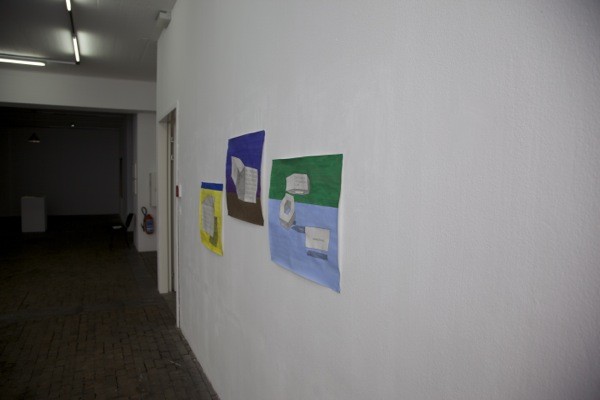 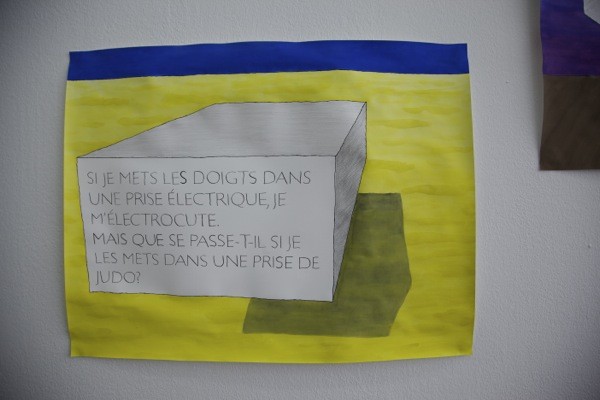 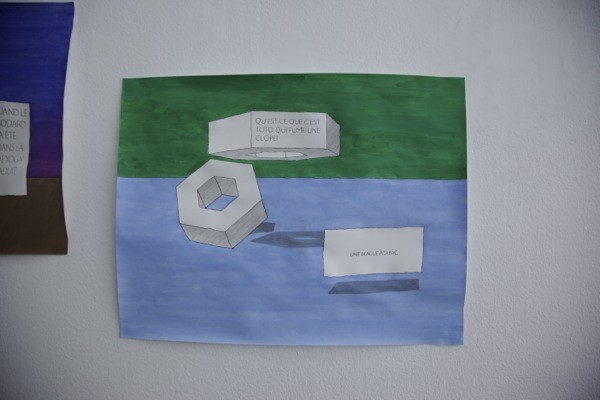 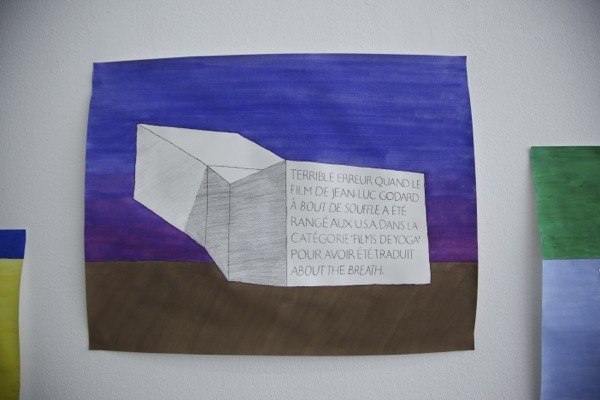 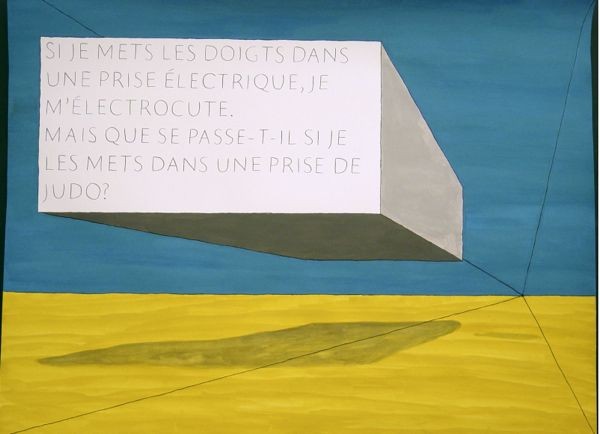 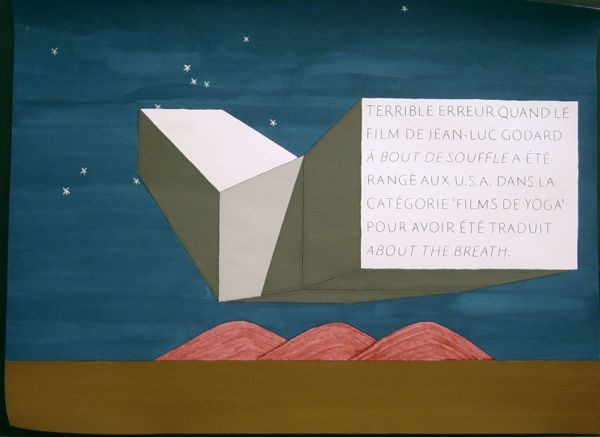 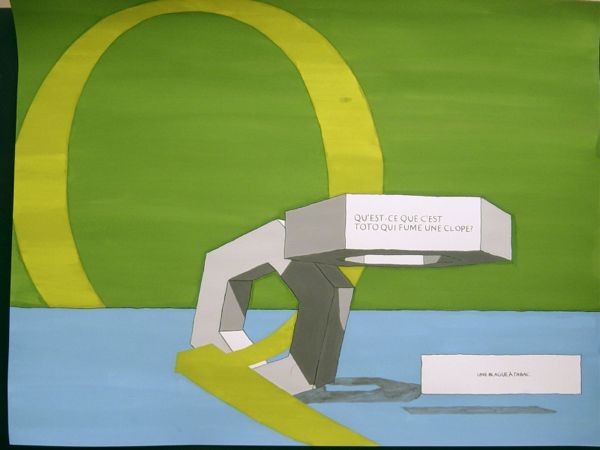