When I mentioned a specific pop artist from the 1960's for another painting, I meant the one with the white hair who changed his name for it to sound sexier than his originally polish one.

In Switzerland, we had (maybe still have) a brand of supermarkets called Waro. I went there and bought a handful of endives. I then tried to paint them, in their transparent bag which bears the logo of the supermarket.

Waro branded endives. In french that would be 'Endives Waro'. Which you could pronounce 'En-dee-v wa-ro', which is close enough to the pronunciation of 'Andy Wahrol' to make the whole joke work. 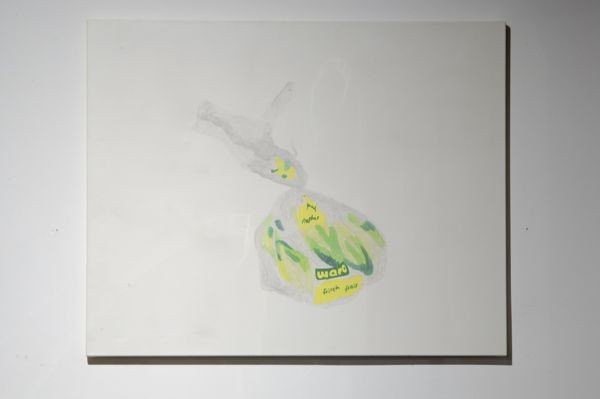