A follow-up on a piece I made during my studies (see pictures at the bottom of the page), which was made of two posters. The first one a fish with the sentence «Les critiques, je m'en fiche». The second one has the translation of the sentence in english «Critics, I don't care». But the picture is different. There's no fish, but a english map of Egypt, where only the name of the capital, Cairo, is left to be red.

The 'fiche' of 'je m'en fiche', when heard by an english speaker means the slippery animal living in water, when it's not on our plates. But 'care' of 'I don't care', while being the word standing for the meaning of 'fiche' in the french sentence, when heard by a french speaker refers to the capital of Egypt: Le Caire.

So through a series of misunderstanding, the egyptian city and the cold blooded animal are somewhat related.

When I had the opportunity to go to Egypt to make the Schrödinger's Cat, I thought I should try to reunite these two sides of the pieces in one picture. 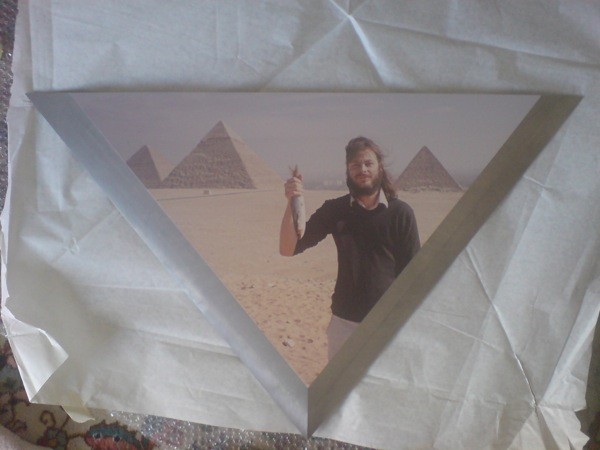 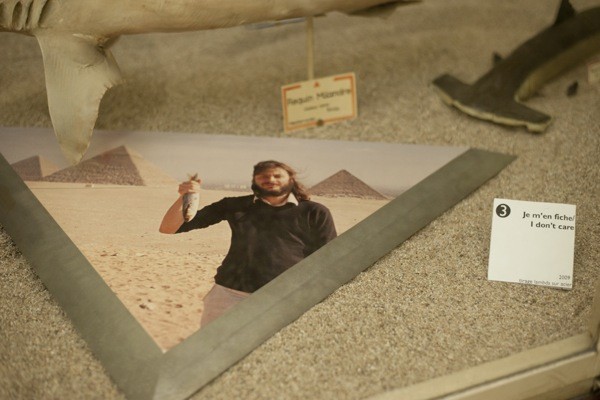