My first participation at the Swiss Art Awards. I was looking for a way to tell the jury that I made some effort to say I'm lazy. «Avoir un poil dans la main» in french means exactly that: being a lazy person. I molded painstakingly but inaccurately my right hand. I inserted in the middle of the palm a horse hair (for the length), and made it the center piece of the installation.

I went then in Burgondy, where they have quarries for a white stone similar to Carrara marble, only cheaper. There I took pictures of different spots, some new quarries, or abandoned ones. «quarry» in french is «carrière» and it also means «career». So taking picture of quarries in different stages was roughly equivalent to take pictures of my career in art (if any).

On the floor I added a few hundreds plastic glow-in-the-dark eye-shaped bouncing balls. «Jeter un œil» in french means literally «to throw an eye» and actually mean to have a glimpse on something.

So the whole installation was an invitation for the jury to «throw an eye» on my career/quarry which seems to be revolving around my laziness to do things. 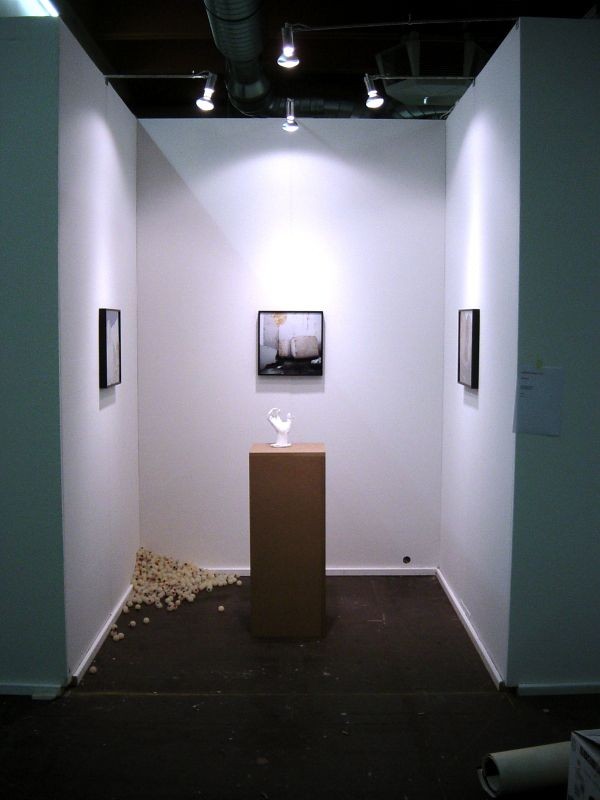 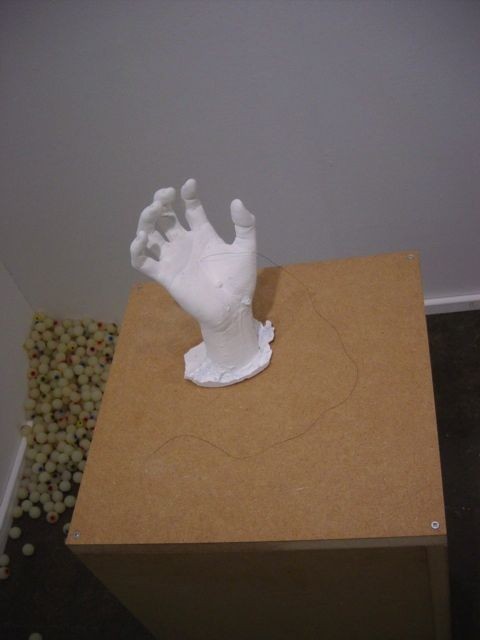 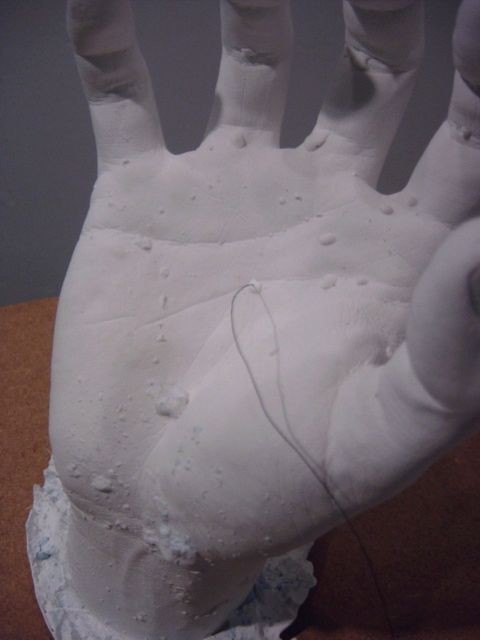 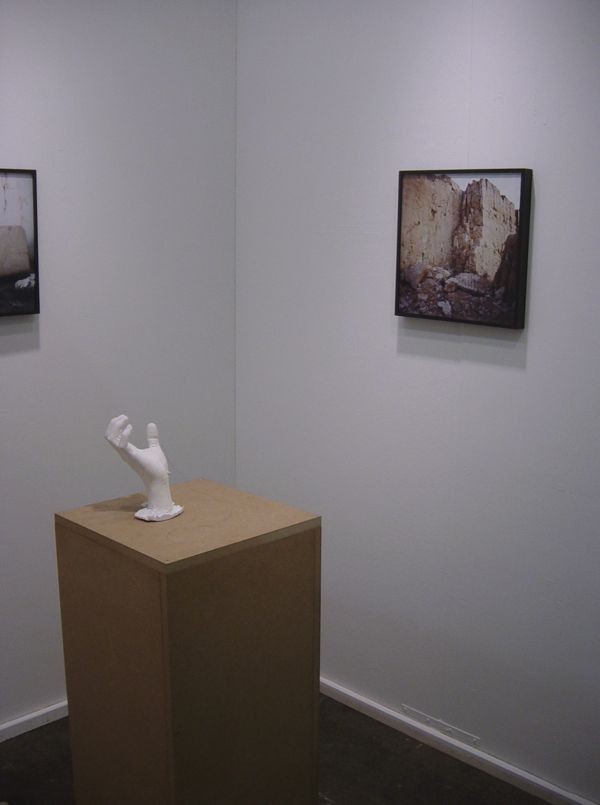 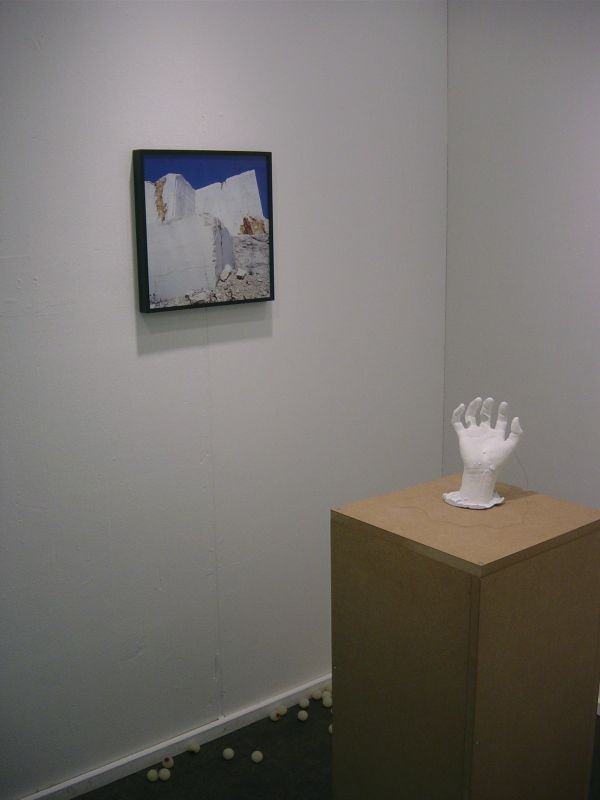 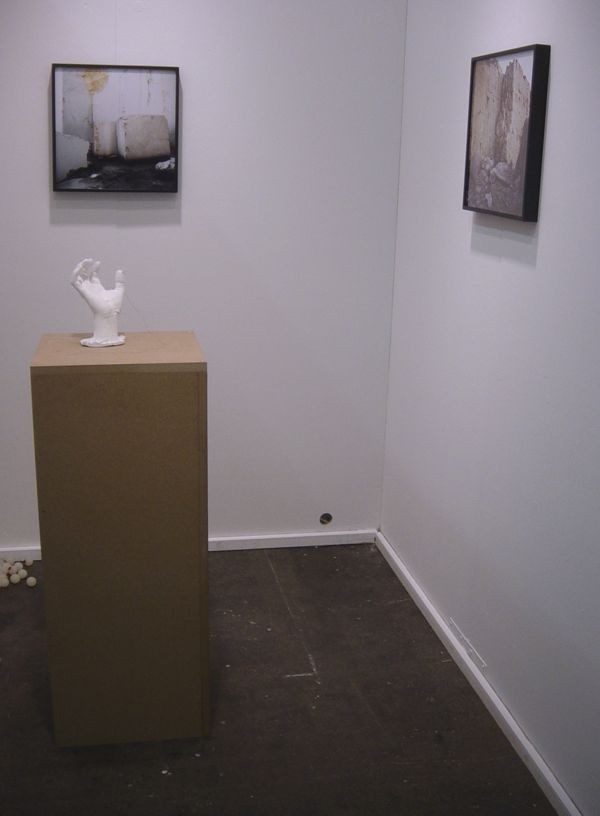 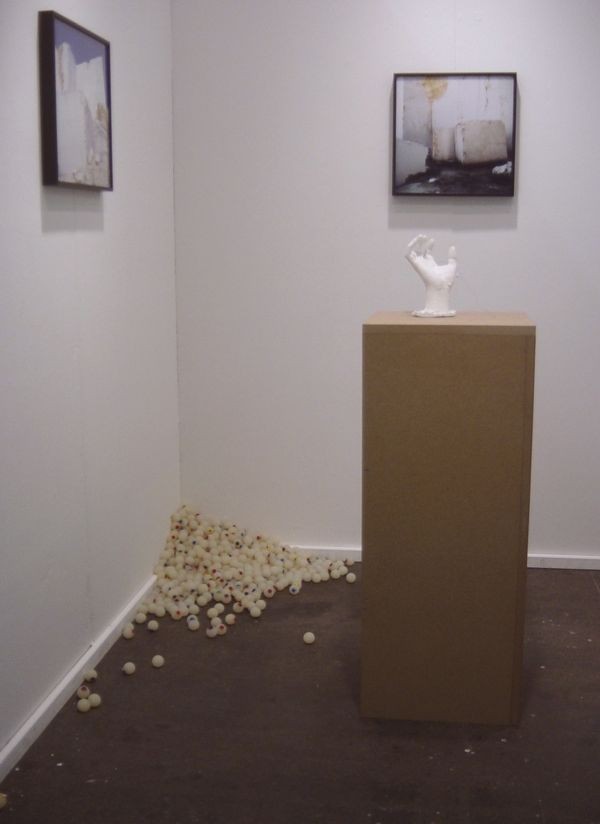 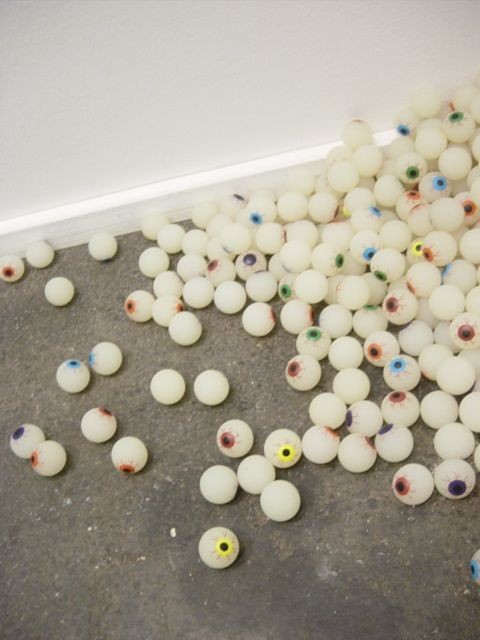 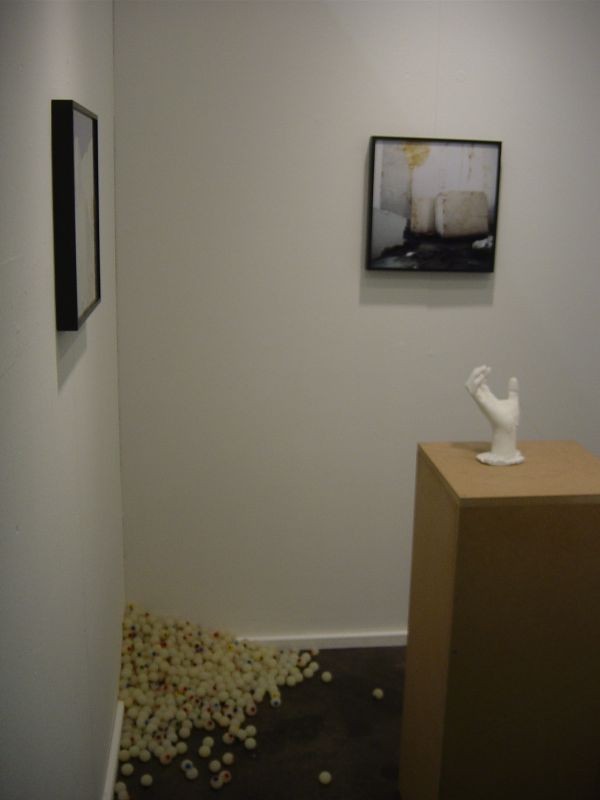